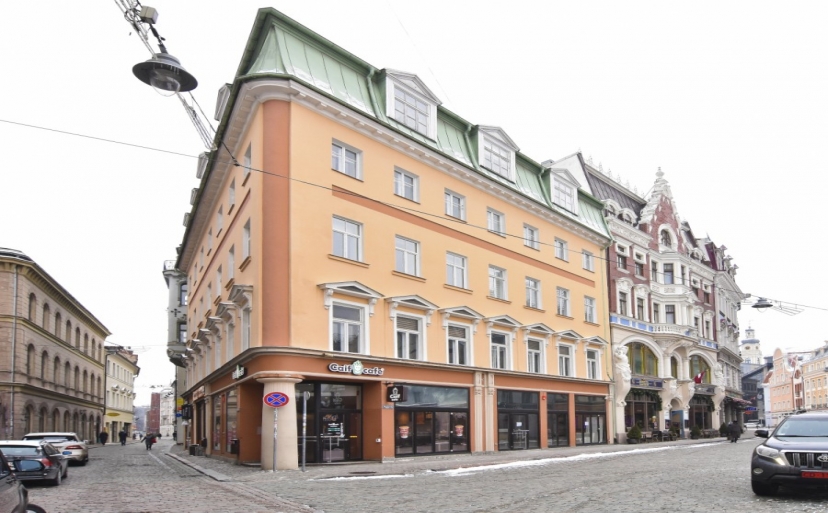 Location: the building faces Tirgoņu Street, one of the busiest pedestrian and tourist streets which connects Dome Square and Townhall Square.

The building was built in 1822 and reconstructed in 1879 (architect Heinrihs Kārlis Šēls) as a retail building featuring apartments. After the building was acquired in 2012, Baltic RE Group carried out extensive renovation and repair works, making use of high-quality finishing materials, increasing the retail area and modifying the commercial windows, adding new retail entrances, and fully recovering the 75% of the upper floors apartments.

The main tenant is Latvijas Balzams, the leading producer of alcohol beverages in the Baltics. The building has 12 apartments: 9 of them are managed by a single tenant for short-term lease use.