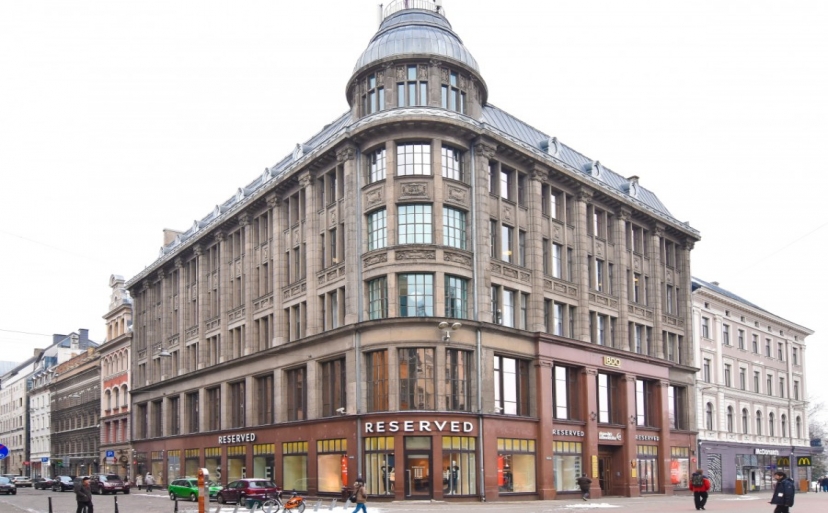 Location: at 15 Kaļķu Street, a prime location in the busiest pedestrian and tourist area. This corner building has 16 large shop windows.

The building at 15 Kaļķu Street was built in 1913 by a project of the famous Latvian architect Jānis Alksnis (1869 – 1939), for the headquarters of the Mutual Credit Union Bank. After this magnificent Art Nouveau building was acquired in 2012, Baltic RE Group carried out extensive renovation and repair works, making use of high-quality finishing materials, inter alia renovated the basement in full, installed new lifts and a retail escalator. The building is a state-protected cultural monument and is situated in one of the best retail locations in Riga. The main facade is facing Kaļķu and Vaļņu streets where people flow is one of the busiest in the capitals of the Baltic states.

This project is among the most significant in the Group’s history because it helped  Baltic RE Group to understand its capabilities, opened prospects for further renovation works at a new level, as well as for taking up various challenges relating to the initial condition of the building.